Working With The Split Screen On The iPad Pro 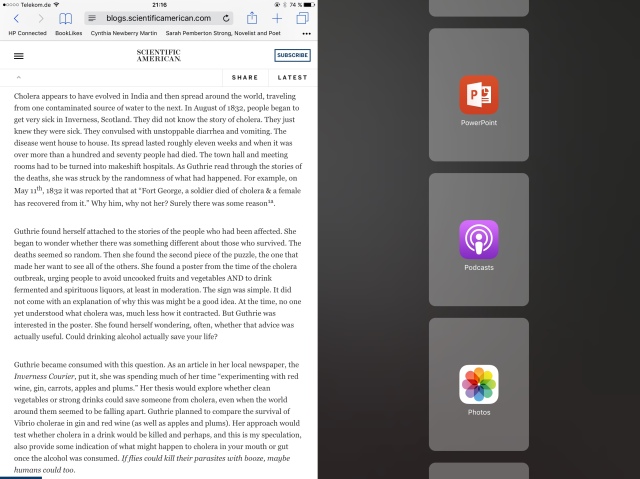 One of the nicest features of the iPad Pro is the split screen, which allows you to do more than one thing at the same time.

For example, if you are working in Pages or the Mac Version of Microsoft Word and would like to keep your email open, you can have both on your screen.

It is easy to do.

See you again on September 2nd.

Until then, be safe.

Writer, Blogger, Poet, Singer, Musician
View all posts by patgarcia →
This entry was posted in iPad Pro and tagged iPad Pro, Split Screen, Working with the split screen on the iPad Pro. Bookmark the permalink.